Rehearsal is now a part of ELB Learning (formerly known as eLearning Brothers)!

Q
Why did Rehearsal decide to discontinue the use of Flash?
A
Adobe announced in 2015 that it would be phasing out their Flash web-browser plugin by the end of 2020. Rehearsal depended on the Flash plugin to operate within browsers other than Google Chrome and Mozilla Firefox, which include technology that enables Rehearsal to function without the use of a plugin.
Q
When will Rehearsal discontinue to use Flash?
A
On November 14, 2019, Rehearsal discontinued the use of Flash in our application.
Q
What do I need to do?
A
Users with incompatible browsers will be presented with the following pop-up message informing users that they need to switch to Chrome or Firefox browsers to ensure full site functionality. 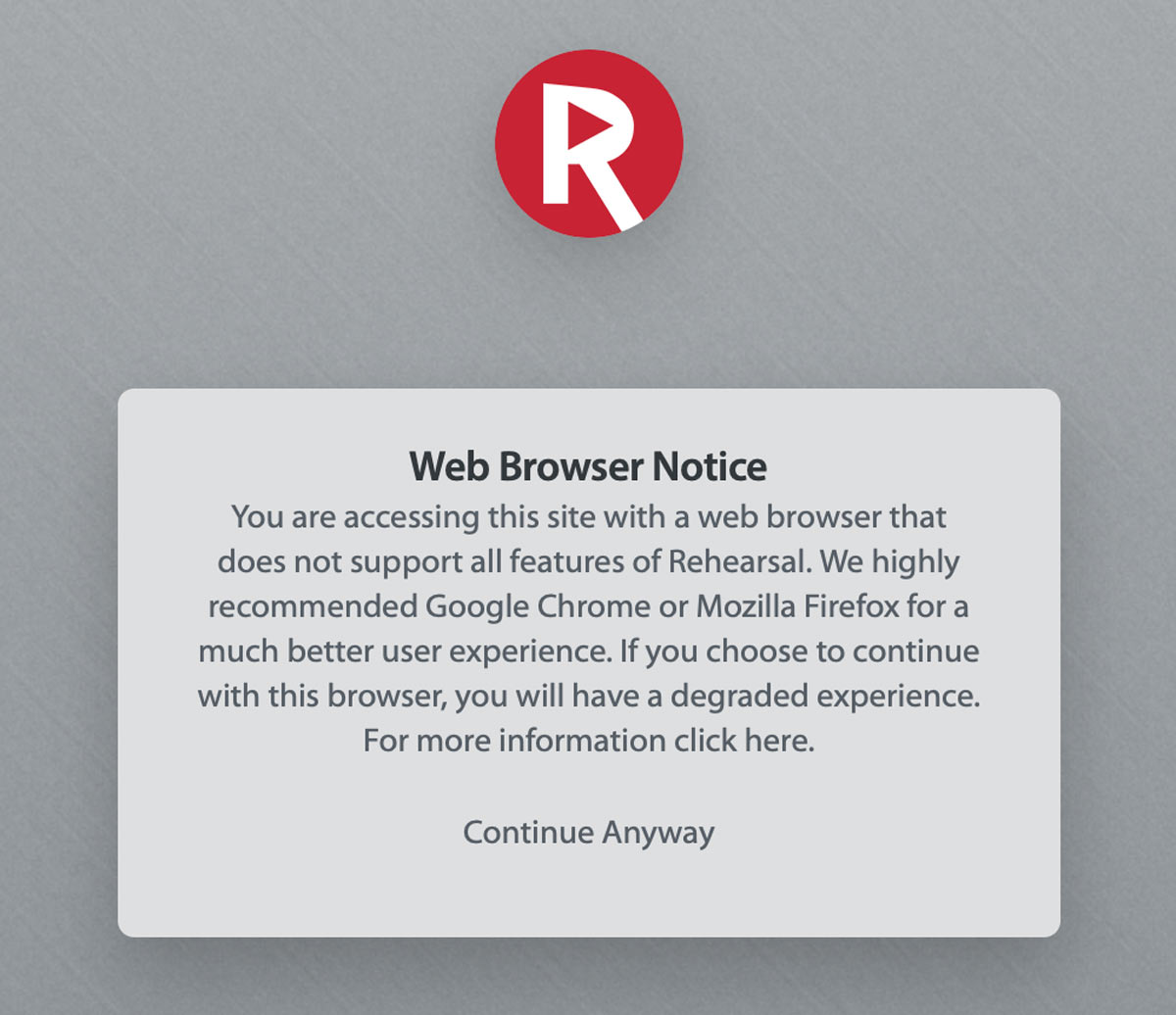 A
If the user decides to proceed without moving to Chrome or Firefox (they click on Ignore This Message), they will only be able to respond to Audio & Video required scenarios and Screen Capture scenarios after installing, when prompted, the screen recorder app. Due to this change, if users continue to use other browsers requiring Flash to access Rehearsal, they will not be able to respond to Hotseat, Audio Only and Presentation scenarios.
Q
How do I download Chrome or Firefox?
A
Click on one of the links below to download your preferred browser:
Q
How do I change my default browser?
A
Click on one the links below to change your default browser
Q
How do I find the URL to my site?
A
You can find it in the address bar of your web browser. 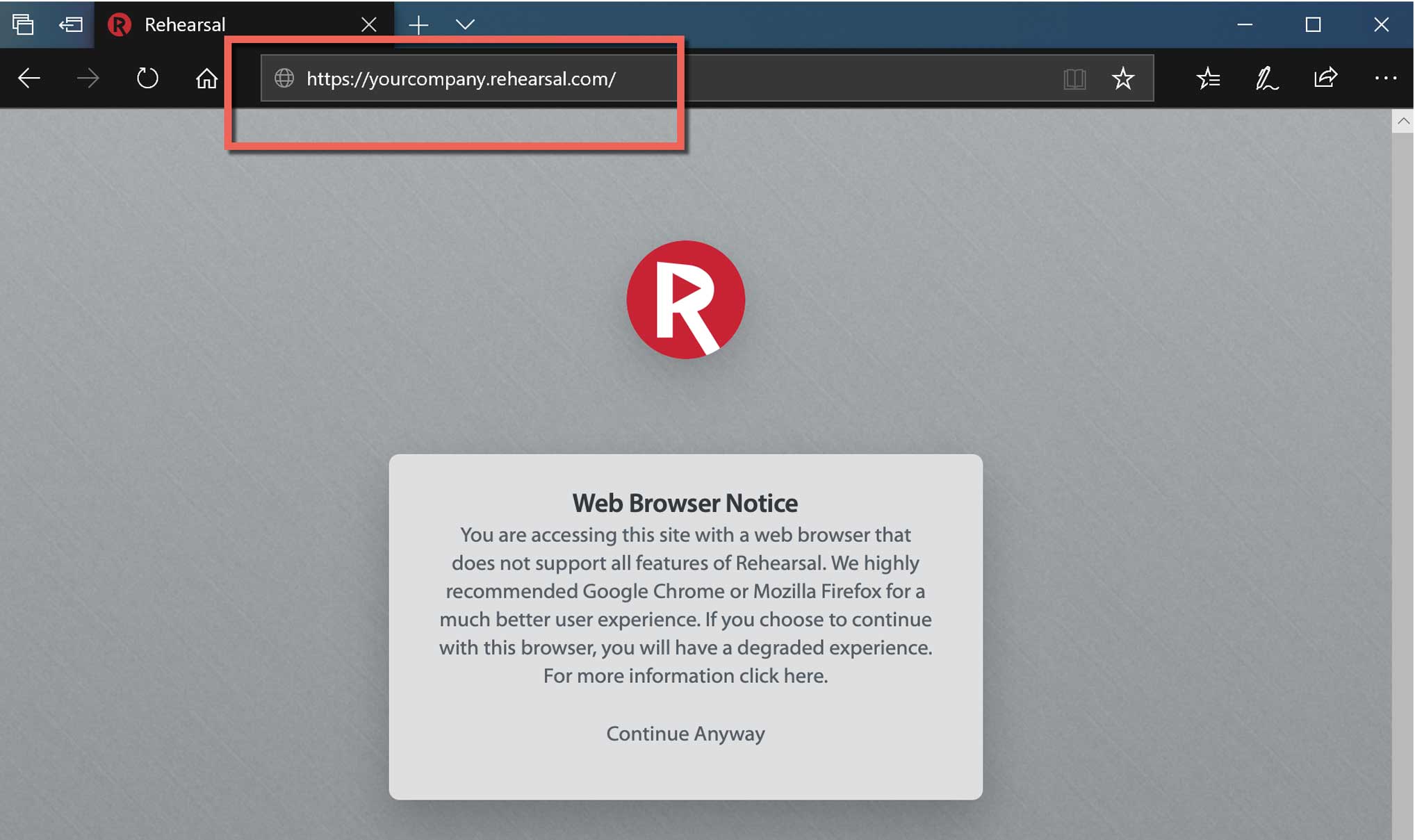 Q
Will mobile applications or the mobile browser be impacted by this change?
A
No. Mobile phones and their browsers already prohibit Flash.
Q
What will the experience look like in Internet Explorer if I don't proceed with using one of the preferred browsers?
A
Watch this video to view the recording experience in Internet Explorer.