It’s been an exciting ride as we are 22 months post launch of Rehearsal. Over one hundred corporate clients and tens of thousands of users later, here’s a few things we have learned…

It’s Much More Than Video Role-Play

We created “video role-play” technology, which is cool, but it turns out that our customers are using Rehearsal for much more than just role-play. Role-play is simply part of a larger application: practice. That’s why we’re dropping the “video role-play” and presenting Rehearsal as a practice platform. You’ll notice this change in our product and message as we move beyond role-play.

Practice does matter; just ask the passengers on Captain “Sully” Sullenberger’s flight. All 155 people survived the “Miracle on the Hudson” because through the power of practice, Sully was able to perform when it mattered; that’s why we asked him to be in our next ad campaign. You might not be an airline pilot like Sully, but the same rule applies: No one becomes great without practice.

We finally got the domain we wanted: Rehearsal.com. This perfectly captures our message of practice and is easy to remember (remarkably, Mark Cuban owns practice.com and he wasn’t interested in giving it up).

A big thank you to all of our clients and supporters. Lot’s more to come in the following months. 35 selling days left for 2015. Finish strong. 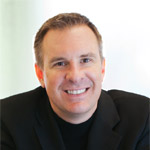 Darik Volpa is a passionate entrepreneur. He’s started two successful software companies including Understand.com and Rehearsal VRP. Prior to this, Darik had a successful 10-year career at Stryker Corporation in various sales and marketing roles.