L&D professionals spend their careers training others to be best prepared no matter what the circumstances. I recently read an article describing retired Fire and Rescue Captain, Michael J. Ward, MGA, MIFireE, FACPE’s thoughts on training for some of the most critical skills – those of our first responders. He reflects on Noel Burch’s model, the Conscious Competence Ladder, developed in the 1970s. 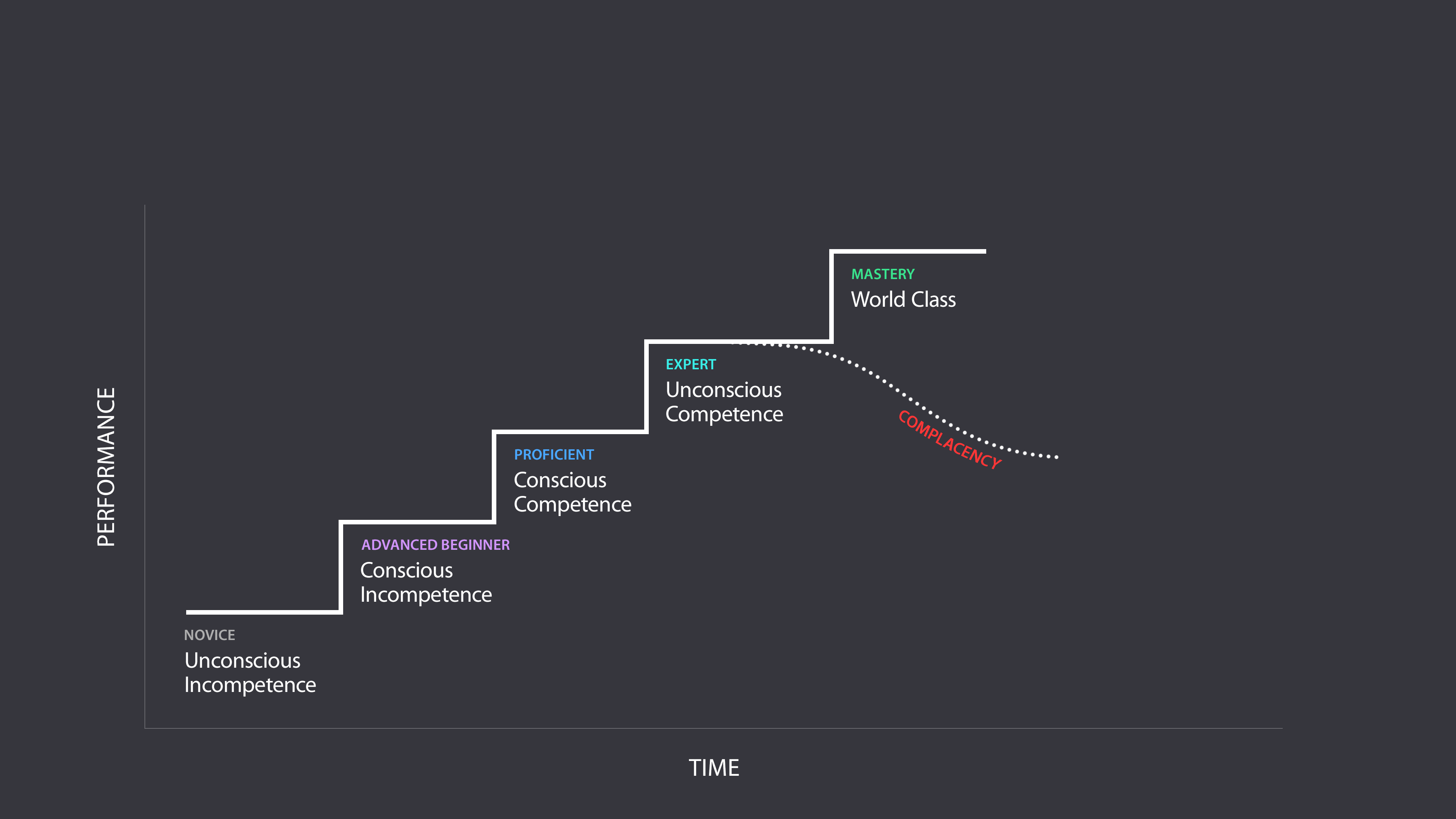 The model incorporates two factors: awareness and competence, whereas when learning a new skill and progressing through the development of that skill, the factors change resulting in a new level of understanding. According to Burch, a student moves up “the ladder” as skill development is enhanced:

Ward applies Burton’s model to his years of fire and rescue experience. He describes helping firefighters to “get up the ladder” through two types of practice and mentorship. First, he describes that for a firefighter, practice is required to move from “unconsciously incompetent” to “consciously incompetent”. In this case, he defines practice as try, fail, and try again, until there is an understanding of how to perform the skill. To move to “consciously competent”, Ward suggests mentorship, or oversight by a skilled professional who can provide feedback to ensure the skill is performed adequately. Finally, to move to “unconsciously competent”, Ward goes back to practice. But in this case, practice is about repeating what we know is the right way of performing in order to get better or stronger at the skill and until mastery can be achieved. At the point of mastery, the firefighter is then in a position to mentor others.

Today, our first responders are being relied on constantly and the circumstances they face are full of unknowns — and yet they are still performing. Through “unconscious competence” and in some cases “mastery” of life-saving skills, these first responders have proven to be heroes. At Rehearsal, we believe every employee should have the tools and support to feel like a hero in his or her own functional area. Rehearsal’s technology lets your employees “climb the ladder” to mastery helping you to reskill employees who need a completely new set of skills and to upskill employees who need to learn enhanced skills to improve in their roles. The technology lets you follow Ward’s two types of practice and mentoring in order to develop each employee to a new level.

The Rehearsal journey starts with a video — designed by you — describing a scenario from which the student will gain context surrounding a desired skill and a challenge or prompt to answer. The scenario can be accompanied by other materials that can help the student to know more about the skill and the expectation of the activity. Then, the student can respond to the scenario (also via video), recording multiple responses until he or she feels she has provided the most adequate answer, or try, fail, and try again practicing. During these recordings, no one but the student can see the responses and only the response that the student feels is best will be submitted and shared with his or her mentors. Next, the mentor can view the submission and provide feedback. This feedback loop can reiterate until the student has adequately demonstrated the skill. Once the skill has been learned, the student is encouraged to practice by repetition until mastery is achieved. Once the student has fully mastered the skill, his or her response can be posted to the leaderboard where others can learn from “the master”.

First responders deal with elements that many of us may never confront. But in our everyday roles, we confront elements that we want to be prepared to address every time and with confidence. This Conscious Competence Ladder is not difficult to deploy in your organizations as long as you have the structure to allow for your employees to take another step.

To learn more about Rehearsal, contact us now. To view our recent webinar highlighting our customers’ practice and mentoring journeys, click here.